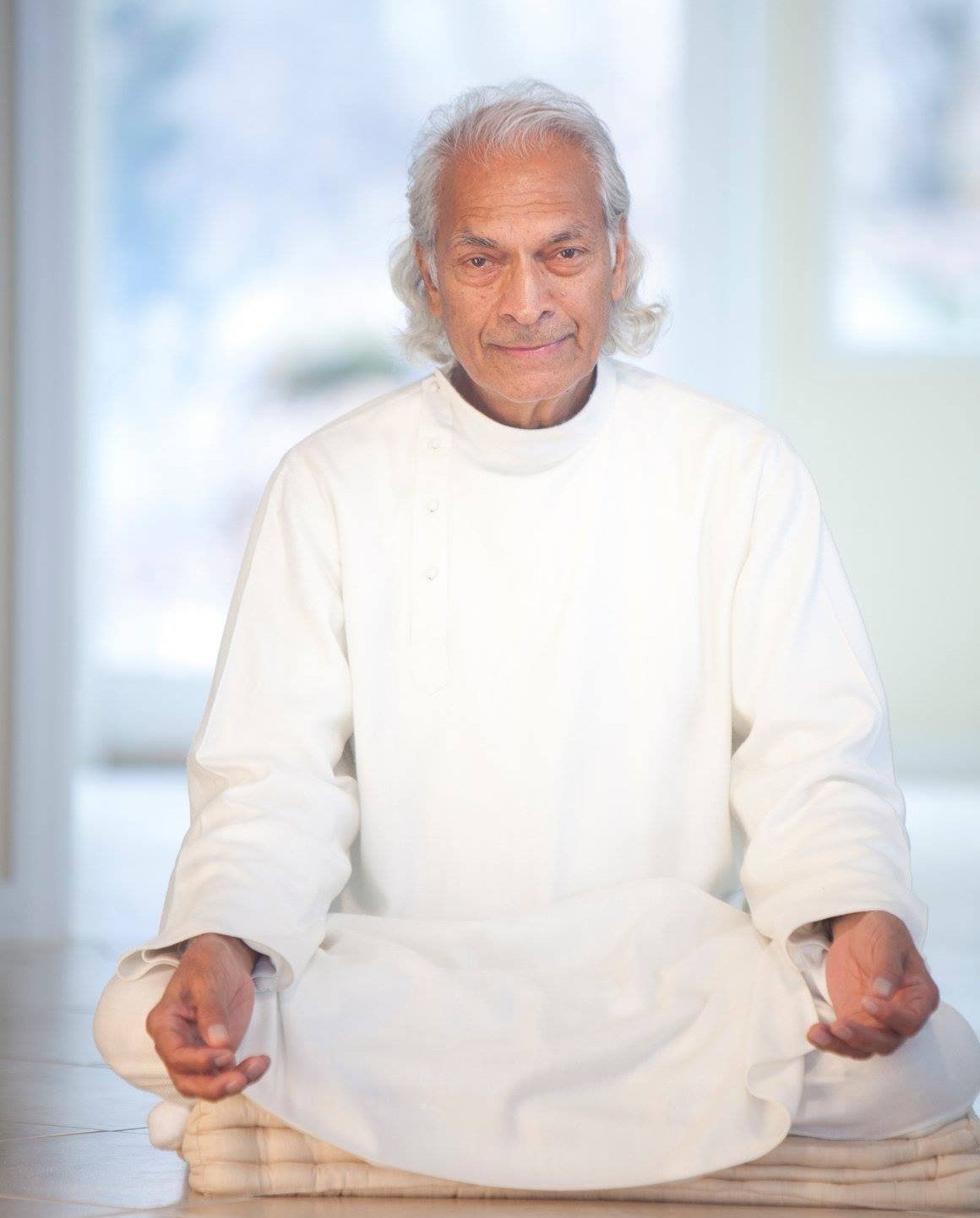 Is a visionary, a unique therapist, and the founder of the Chakra Institute.

One of his important contributions to the living tradition of yoga is the discovery of the 147 microchakras called Microchakra™ Psychology. This system operates on subtle-body structures never before recognized in yogic literature.

The microchakras are the pathways of the light of the chakras, the energetic vortices located along subtle channels analogous to the physical spine.
They are influenced by specific sounds and mantras.
When they are fully open, self healing energy flows freely.
The therapeutic effect is profound.

Sri Shyamji is from the lineage of Naada Yoga (sound) and Svar Yoga (breath).
He is internationally known for his voice.
His unusual ability to produce the ethereal space called soorya akasha with his voice allows the listeners to experience peace and contentment.

Through his chants and teachings, you will learn to purify the three bodies: the physical, the subtle (feeling) and the causal body (thoughts). The healing energy finally binds the three fields in to one wholeness.

Sri Shyamji was born and reared in India.  At age 12, he met his guru in the Himalayas and spent several years under his guidance. The Guru initiated him into the Shavite tradition of Tantra—imparting a rare oral tradition of sacred sounds (Naada yoga), breath (Svar yoga), and spiritual wisdom.

The grace of the guru (guru krippa) and the spiritual practices his guru imparted (sadhana), are the basis for Sri Shyamji’s extraordinary intuition and unique chanting of sounds and mantras. For millennia this tradition was passed down from generation to generation through an oral tradition which preserved its purity.

At age 24 he migrated to the USA. Initially he lived in California. It was the beginning of his work on the effects of sound on consciousness. In the 1960s he frequently taught at Esalen Institute and was a guest lecturer at University of California, Berkley.

Inspired by his 1965 tour on the East coast, Sri Shyamji relocated to New York City, where he became a counselor to youth who were struggling to find their spiritual identity. He became known for his unending compassion, effective therapy and esoteric wisdom. He taught classes at the New School for Social Research in Manhattan.

In 1966, he undertook an intensive pilgrimage in the Himalayas. It was at this time that he had a vision of his own chakras. Vortices of light emanated throughout his subtle body and illuminated three channels which fed into the two hemispheres and lower portion of the brain.

This vision was the beginning of a path which led to the discovery of the microchakras, which are distinctive rays emanating from the chakras. This organization was founded with the intention of synthesizing the knowledge of East and West, in order to aid those seeking to understand these principles in the conduct of their everyday lives.

In early 1967, he had an intuition. In five hours of automatic writing it was revealed that each of the seven  chakra lights are transmitted to the spine through  21 microchakras. The revelation  of  the precise details of their functioning is the basis of Microchakra™ Psychology.

He began presenting his work internationally in major growth centers and universities, including New York University, Bombay, Sorbonne and Cambridge University, The New School, Asia Society, and many others. He introduced a unique method of education for young children, Conch Play, at the Museum of Natural History in New York City.

His first open air mantra meditation concert was at the Museum of Modern Art (NYC). In 1968 he was invited by Dr. Bernard Aaronson, a psychologist at the neuro-psychiatric institute of Princeton, to experiment with the effects of sound on the psyche. Around this time, he commenced his international teachings in Europe.

In 1970 Sri Shyamji established the Chakra Institute, (an evolute of Satyam Shivam Sundaram), a not-for-profit organization for the promotion of the integration of ancient Indian wisdom and artistic expression with modern science and psychology. The Chakra Institute has hosted rare spiritual teachers and sponsored some of the greatest Indian singers to perform in the U.S. such as  Pran Nath, Sant Karunamayee,  Kundan Lal Sharma, Salamat Ali Khan and Ravi Shankar.

In 1975, he was invited to the Royal Tropical Museum in Amsterdam to present his model of Microchakra™ Psychology. Professor Henri van Praag, a noted parapsychologist, created a department of Chakra Studies for Sri Shyamji at the University of Lugano, Switzerland, awarding him an honorary professorship. (For more information about Dr. Van Praag, visit www.midrashram.com.)

Currently he has a worldwide network of students including professionals that he teaches at various Chakra Institute locations. He has been teaching on the faculty of the New York Open Center for over forty years. 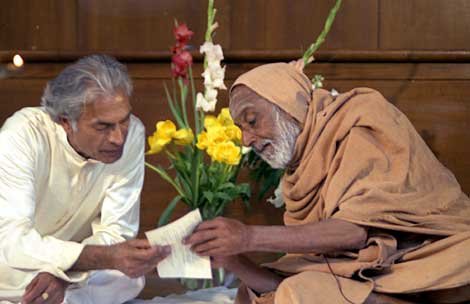 In 1991, he met Dandi Swami Atmanandendra (Swami ji), a rare saint. Swami ji is the foremost disciple of his Holiness Sri Satchidanandendra Saraswati, the great authority on Shankara Advaita Vedanta. Sri Shyamji met Swami ji while walking in the high Himalayas. His life  have been profoundly affected by meeting Swami ji.

For over half a century, thousands have enriched their lives through Microchakra™ Psychology and InnerTuning®.